The state of Texas has passed Senate bills 2 and 32 on Wednesday that bans biological males from competing in women's sports.

Metro Weekly reported that the Texas Senate has passed in a 19-3 vote the anti-transgender sports bills authored by Senator Charles Perry. The said bills will only allow student athletes to join sports teams for Texas K-12 schools, public colleges, and public universities that correspond to their biological gender or the sex at the time of birth. 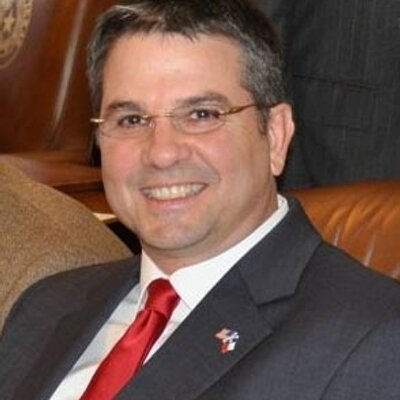 Senate Bill 32 particularly pertains to "interscholastic athletic competitions" that requires students to compete on the basis of their "biological sex." The bill particularly instructs the University Interscholastic League to "adopt rules to implement" the bill in their rules with the provision that is is "approved by the commissioner." As per the Jurist, SB 32 encompasses public schools only while SB 2 extends to higher education institutions besides public schools.

Perry, who posted in Facebook on SB 2 as a bill "protecting female sports," stressed that female athletes "deserve" to be honored through the new law in respect to their "hard work and dedication."

"We must always protect the safety and fairness in female sports. That is why I am proud the Texas Senate passed SB 2, which bans biological males from competing in female sports. Female student-athletes deserve their place in the record books for their hard work and dedication. We cannot let political correctness reverse the gains made since the inception of Title IX," Perry said.

"Unfortunately, the Texas House Democrats loaded up their booze and flew a private jet to Washington, D.C. to shut down the Texas House. We will be back during the next special session to finally pass this bill," he disclosed.

Texas previously had a Senate Bill 29 that includes "a study conducted by the University Interscholastic League on the effects of allowing a student to participate in an athletic competition designated for the sex opposite to the student's sex" but "died in the chamber."

In April, Texas introduced the two bills that bans transgenders to compete in female sports but was met by the strong opposition of 50 businesses who found it as "divisive."

"(It will) send a message that is at odds with the Texas we know, and with our own efforts to attract and retain the best talent and to compete for business. We will continue to oppose any unnecessary, divisive measures that would damage Texas' reputation and make our customers, our visitors, and our employees and their families feel unwelcome or unsafe," the businesses said.

The Texas bills' introduction came after Republican senators in February raised the need for it to contradict President Joe Biden's Executive Order that allows transgenders to compete with biological women in sports. The move by the Republicans was initiated by Utah Senator Mike Lee who introduced the "Protection of Women and Girls in Sports Act."

Texas Senator Ted Cruz was one among those who support the bill. He raised the reality that the Democrats would mostly likely oppose it.

"Sadly, this commonsense legislation will likely be opposed by my colleagues on the other side of the aisle. Regardless of political correctness, Congress should support fair athletic competition and opportunity for girls and boys alike," Cruz said.