Disney Censors Itself, Removes 'Simpsons' Episode For HK Audiences Because It Mocks CCP

The Disney+ streaming service has just arrived in Hong Kong and multiple reports say that one episode of the popular animated series "The Simpsons" was noticeably missing the streaming platform.

The episode in question was titled "Goo Goo Gai Pan," in which the Simpson family traveled to Beijing and walked past a plaque in Tiananmen Square, where the 1989 massacre occurred.

"On this site, in 1989, nothing happened," the plaque in the episode read. 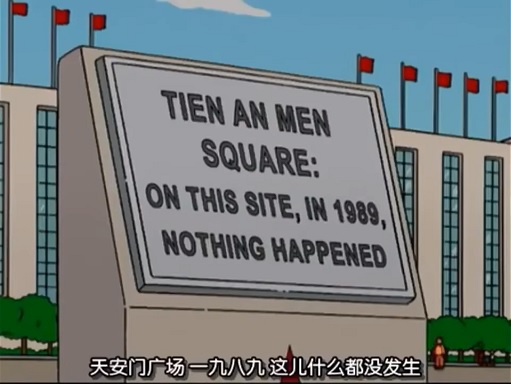 Screenshot from "The Simpsons" episode titled "Goo Goo Gai Pan." Shown is the image of a plaque in the "Tien An Men" Square, an obvious play on the name "Tiananmen." (video screenshot / Freedomcn / YouTube) 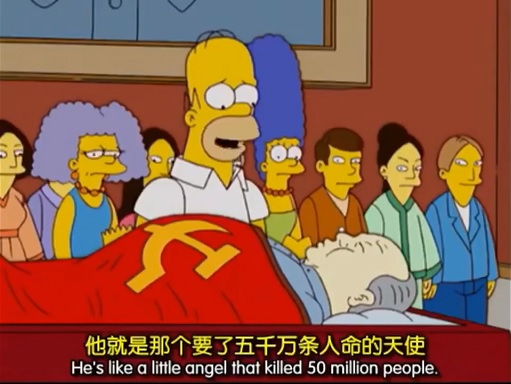 Multiple reports say that the "Goo Goo Gai Pan" episode of "The Simpsons" is inaccessible in Disney+'s Hong Kong streaming platform. However, the episode can be accessed via a virtual private network or VPN that sets the location of a user's IP address to another country.

"This is the first notable time an American streaming giant has censored content in Hong Kong," remarked Kenny Ng, a professor specializing in film censorship at the Hong Kong Baptist University, as reported by Bloomberg. "Basically, the whole story is for streaming companies to be more tailored to a Chinese audience and to not offend the Chinese government...This is likely to continue in the future with more companies with financial interests in China."

Not the Bee described Disney as a "woke company" that "cares very deeply about tolerance and is unafraid of standing up to anyone who harms others...unless, of course, the person they have to stand up to is [communist] dictator Xi Jingping" (sic).

Unlike Disney, however, Netflix is unafraid to air episodes that may appear "problematic" to China in its Hong Kong platform. In fact, a 2019 episode of the animated series "South Park," which "lampoons China's policies and the U.S. entertainment industry's struggles to conform to them," is still viewable on the streaming giant's Hong Kong platform.

It is described as "far more abrasive than the 2005 Simpsons episode, as well as more recent and topical" and yet remains viewable in Hong Kong today. The argument can be made, however, that Netflix does not have multi-million dollar theme parks in China that relies on its market to survive.

According to The Guardian, the Disney+ censorship of "The Simpsons" episode has been concerning for Hong Kong as it continues to experience "mainland-style censorship" despite its supposed independence from China. The report added that Hong Kong used to "[boast] significant artistic and political freedoms compared to the mainland," but the protests over the last two years have caused China to tighten its grip on the small nation. Film directors have been ordered to make cuts and have been disallowed to show certain films to the public.