10 Fascinating Facts About the Garden of Eden 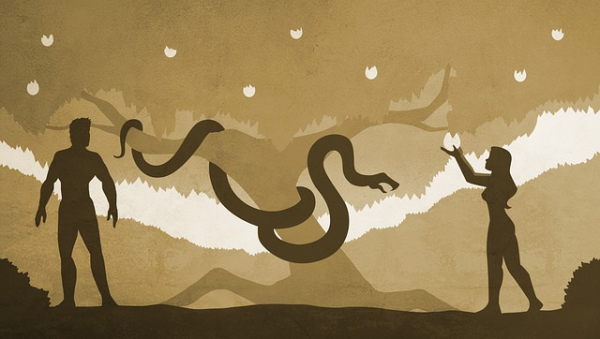 The Garden of Eden is a biblical place mentioned in the book of Genesis as a paradise where the first humans, Adam and Eve, lived before they were expelled from it. According to Bible Study Tools, It is often referred to as "Paradise Lost" because it was a sinless paradise where Adam and Eve had perfect communion with God. Still, they were later expelled due to their disobedience.

In the original Hebrew language, "Garden of Eden" is translated as "Gan Eden," which means Heaven or Paradise. The Garden of Eden is often seen as a symbol of God's desire for a perfect, harmonious relationship with humanity. In this article, here are ten things that you should know about the Garden of Eden.

10 Facts About the Garden of Eden

1. Eden was a good place, but it had not yet reached its full glory.

The Garden of Eden, as specified in the book of Genesis, was a bright and beautiful place. It is often thought of as a place of perfection, but it is essential to remember that it was not entirely everything God intended for his creation. While it was pure and ordered, it was also incomplete.

2. Eden was abundant in its resources but was yet to be expansive in size or scope.

According to the book of Genesis, God planted a garden in Eden and placed Adam and Eve there. God gave Adam and Eve instructions to be productive, increase in number, populate the earth, and have authority over all living things. This suggests that there was a plan for Eden to expand beyond its current boundaries and for Adam and Eve's rule to grow in glory.

As they worked and kept the garden and had children, Eden would have grown, and their royal rule would have increased. This expansion project implies that the Garden of Eden was not meant to be static, but rather it was meant to grow and develop over time.

3. Eden was perfect and pure but was not completely secure or protected from potential harm or danger.

Despite being a place of goodness and purity, the original Garden of Eden was vulnerable to evil, deception, and even death. This is demonstrated by the fact that Satan, in the form of a serpent, was able to bring an end to the garden. In contrast, the greater garden mentioned in Revelation 21 will be completely secure and protected from such threats. It will be where nothing unclean or evil can enter, and only those written in the Lamb's book of life will be allowed in.

This suggests that the Garden of Eden, while good, was not completely protected from potential harm or danger, while the greater garden described in Revelation 21 will be completely secure.

4. Eden had a rhythm of work and rest but did not yet have the possibility of unending or eternal rest.

God created the world and then rested. This rest was meant to serve as an example for Adam, who was tasked with subduing the earth, exercising dominion over it, and filling it with image bearers. According to the book of Genesis, if Adam had completed this work faithfully, he and Eve and their offspring would have entered into a permanent Sabbath rest.

This suggests that the Garden of Eden had a rhythm of work and rest but did not yet have the possibility of unending or eternal rest.

5. Adam and Eve were created in the image of God, but they were not yet as glorious or radiant as God intended them to be.

According to the book of Psalms, Adam and Eve were made in the image of God and were crowned with glory and honor. This suggests that they had a measure of God's glory, but if they had obeyed God's commands, they would have been transformed to an even greater degree of recognition. This transformation from one degree of glory to another is a part of God's plan for those made in his image, and even now, through the work of the Holy Spirit, we are being changed in this way.

We anticipate the transformation of our bodies into a glorious state the most as we await the return of the Lord Jesus Christ, who will transform our bodies to be like his magnificent body.

6. Adam and Eve were naked, but they had not yet been dressed in royal splendor or garments of honor.

Adam and Eve were naked in the Garden of Eden. While this may seem like a neutral or insignificant detail, it indicates that something was lacking. In biblical times, royal representatives were dressed in royal robes to symbolize their status.

As stated in the book of Genesis, Adam and Eve were royal representatives of God, and their nakedness suggests that they needed royal clothing, which they would have received if they had faithfully exercised their dominion. However, instead of acquiring more clothing, they lost the original glory that covered them. This made their nakedness before God unbearable, leading them to try to cover themselves with fig leaves. This suggests that Adam and Eve were not yet fully robed in royal splendor or garments of honor.

7. Adam and Eve shared a close and intimate relationship as "one flesh," but their bond was vulnerable to being broken or damaged.

Adam and Eve enjoyed a close and intimate relationship as "one flesh," but their bond was later damaged when they sinned and turned away from God. According to the book of Genesis, this caused a rift in their relationship and led to a curse being placed upon the world. In response, God has been working to present a perfected bride to the perfect groom, Jesus Christ, in an eternal, unbreakable, and most intimate marriage. This will be the happiest marriage of all time and fulfill the shadow of temporary human marriages.

8. Adam and Eve experienced and enjoyed God's presence in the Garden of Eden but were vulnerable to experiencing his presence in judgment if they were to sin or disobey.

In the Garden of Eden, Adam and Eve enjoyed God's presence before they sinned. However, God had warned them about the consequences of disobedience, including death. As stated in the book of Genesis, when they sinned, they could no longer live in the holy sanctuary of Eden in the presence of a holy God, as they had become unholy. However, human sin did not thwart God's desire to dwell with a holy people in a sacred land. Instead, he began working on a plan to make it possible for sinners to be made clean and holy so that they could live in his presence.

9. Adam and Eve could have gained an understanding of good and evil without disobeying God and eating from the forbidden tree.

The tree of the knowledge of good and evil in the Garden of Eden was not inherently evil; somewhat, it was forbidden by God as a test of Adam and Eve's faith and obedience. They were allowed to use God's wisdom through his word to recognize the Serpent's lies and rebellion against God as evil and remain faithful to God's goodness.

10. The Garden of Eden contained the tree of life, but Adam and Eve were not allowed to eat from it.

According to the book of Genesis, the Garden of Eden contained the tree of life, which Adam and Eve were meant to eat from once they had passed the test of obedience represented by the forbidden tree. However, they failed this test and were prohibited from eating from the tree of life.

In the book of Revelation, it is revealed that the opportunity for God's people to eat from the tree of life is not gone forever, but rather it is gloriously planted in the center of the greater garden to come. In this new and better Eden, the tree of life yields a new crop of fruit every month, and its leaves will heal everything.

This suggests that the story of the Bible is not just about returning to Eden as it was, but instead, it is about moving towards a home that is even better than Eden, a place of consummation and fulfillment.