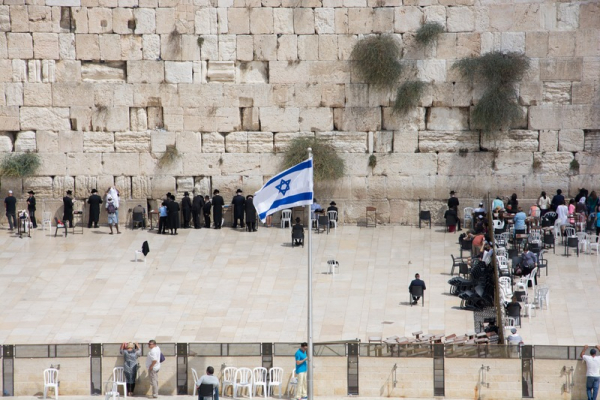 For the first time, a biblical holy site in Jerusalem, believed to be where Jesus healed a blind man and Jewish pilgrims performed ritual baths for purity, will be fully excavated and open to the public.

This important and historic site has long been a place of spiritual significance for many. The opportunity to visit and explore it will surely be a memorable experience for all who can make the journey. Whether you are a religious pilgrim or simply interested in history and archaeology, this newly opened site will surely provide a unique and enriching experience.

The Opening of The Historical Site

The Israel Antiquities Authority, the Israel National Parks Authority, and the City of David Foundation have announced the start of the excavation of the Pool of Siloam in Jerusalem. This site, considered significant historical, national, and international importance, will be open to the public for the first time.

Visitors will be able to view the excavation process and, in a few months, will be able to access the entire pool and follow in the footsteps of the pilgrims who refined theirselves at the pool on their way to the Holy Temple.

The tourist route will start at the southern end of the City of David and end at the Western Wall. In a statement, Jerusalem Mayor Moshe Lion said that this long-anticipated project would allow millions of tourists and visitors to experience the Pool of Siloam each year.

The Pool of Siloam

According to the bible, as cited by Bible Portal, the Pool of Siloam in Jerusalem was reportedly built around 2,700 years ago during the reign of King Hezekiah in the 8th century BC. King Hezekiah is credited with bringing water to the city through an underground tunnel, and the pool was used as a reservoir for collecting water from the Gihon Spring.

It is believed that Jewish pilgrims also used the pool for ritual baths to purify themselves before making the journey to the Holy Temple. The Israel Antiquities Authority, the Israel National Parks Authority, and the City of David Foundation are working to fully excavate the site and make it accessible to the public.

Archaeologists Make Astonishing Discovery at Pool of Siloam in Jerusalem

According to an article in Christian Post, Archaeologists Eli Shukron and Ronny Reich made a significant discovery in the excavation of the Pool of Siloam in Jerusalem, finding a fragment of an inscription containing the name of King Hezekiah.

This discovery, made near an artificial pool in the Siloam tunnel and took a decade to decipher, summarizes the first 17 years of Hezekiah's reign and his accomplishments, including bringing water to the city through an underground tunnel. This discovery is considered highly significant because it challenges the previously held belief that the kings of Israel and Judah did not make royal inscriptions or monuments to commemorate their achievements.

Instead, the inscriptions support the idea that the scriptures in the Book of Kings are based on texts from chronicles and royal inscriptions, reflecting historical reality rather than imagination.