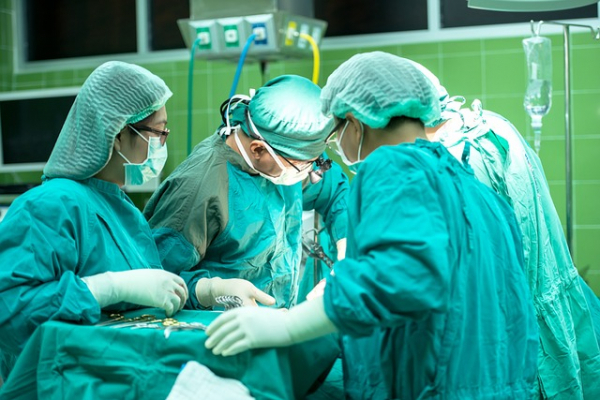 John Piper, a well-known pastor and theologian has advised Christian healthcare workers to avoid involvement in gender reassignment surgeries. He has cautioned them against participating in these procedures designed to help individuals transition from one gender to another.

Piper has argued that such surgeries are contrary to Christian beliefs and teachings, and he has encouraged Christian healthcare workers to abstain from participating in them. This stance has generated a lot of controversies, with some people expressing support for Piper's position and others strongly opposing it.

In the workplace, organizations must treat absences related to gender reassignment in the same or better way as absences due to illness or injury. While there is limited data on the number of transgendered people in higher education, it is believed that there may be a higher percentage of transgendered individuals in this setting compared to the general population.

John Piper, a well-known theologian, has stated on his Desiring God website that Christian healthcare workers should not be involved in the pre-and post-op care of patients who have undergone gender reassignment surgeries. According to Christian Today, he believes that doing so would contribute to the "ongoing normalization of evil" in both the hospital and society.

His opinion was in response to a Christian nurse who asked for his view on her work at a hospital that performs these surgeries. The nurse said that she believes the decision to undergo such surgery is sinful, but she is uncertain if it is sinful for her to serve as a nurse involved in the care of these patients.

Piper has argued that some hospitals are causing "untold damage" by following "man-centered values" and participating in actions such as abortion, assisted suicide, and gender reassignment surgeries, which he believes are in contradiction to "God's revealed will."

According to John Piper, Christian healthcare workers who participate in settings where procedures such as gender reassignment surgeries are performed are not simply engaging in the common grace of healing in Jesus' name. Instead, they are in a setting where God's order is openly defied, and people are harmed. Piper believes that in these settings, the participation of Christian healthcare workers becomes, against their will, support for actions that contradict God's revealed will, damage people, and contribute to the normalization of evil in society. He advised the nurse to seek God's guidance for alternative ways to use her skills and abilities to help others.

In an article in Desiring God, John Piper argued that a Christian nurse who works in a hospital that performs gender reassignment surgeries faces a new challenge. Rather than just pursuing shared views of external good as a Christian, the nurse must now consider whether it is possible to act as a Christian in a setting where practices and goals do not reflect God's common grace, the law written on the heart, or Christian virtues.

Piper believes that in these settings, the nurse's participation becomes, against their will, support for actions that contradict God's revealed will, harm people, and contribute to the normalization of evil in society. Therefore, he advises the nurse to seek alternative ways to use their skills and abilities to help others.