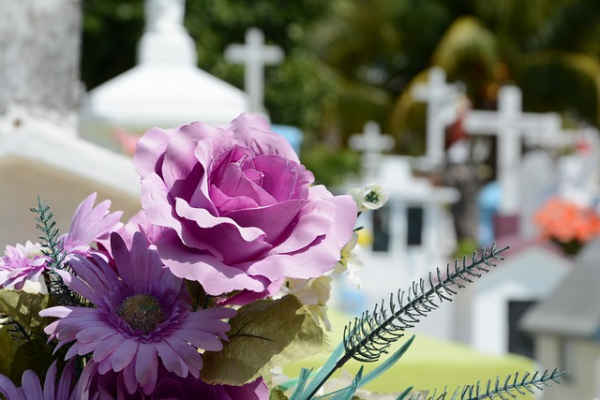 On Thursday, the Catholic Church held a meaningful funeral for Pope Emeritus Benedict XVI. The ceremony featured a combination of traditional rituals and new precedents to recognize Pope Benedict's impact on the papacy.

Pope Benedict made history when he retired from his position as pope after serving for 10 years.

In a report by The Washington Post, Pope Francis led the 90-minute funeral ceremony for Pope Emeritus Benedict XVI. He gave a sermon that focused more on scripture than personal anecdotes and mentioned Pope Benedict only once. At the end of the ceremony, as Pope Benedict's coffin was being carried away, Pope Francis, using a cane, placed his hand on the casket as a final farewell.

According to New York Times, Pope Emeritus Benedict XVI's funeral occurred at St. Peter's Square in Vatican City on Thursday, three days after his death at 95. Mourners had been able to view his body and pay their final respects in the days leading up to the funeral. Pope Benedict was the first pope to step down in his position in six centuries, retiring in 2013 after scandals marred his papacy.

His funeral, the first in modern history, was led over by a reigning pope, Pope Francis, followed traditional papal funeral protocols but with some modifications, such as the omission of certain prayers and readings. Only two official delegations, those of Italy and Pope Benedict's native Germany, attended the funeral. Other heads of state and monarchs also attended.

The ceremony lasted for 90 minutes, half as long as Pope John Paul II's funeral. The contrast between the two funerals reflects that Pope Benedict was a retired and controversial figure at the time of his death, while Pope John Paul II was a beloved sitting pope. During the funeral, Pope Francis and Pope Benedict were only 15 feet apart, with Pope Francis in a wheelchair sitting in front of Pope Benedict's cypress casket. According to Spokesman, Pope Francis said in his homily, "We now offer our final farewell to Pope Emeritus Benedict and commend him to God."

Pope Benedict XVI was remembered at his funeral as a conservative figure who shaped the Catholic faith with his moral certitude and upheld traditional teachings, even if it was not popular among practicing Catholics.

Pope Benedict's papacy, during which he prayed at the Western Wall in Jerusalem, celebrated Mass at Yankee Stadium, named 84 cardinals, and took 24 trips abroad, was marked by a sharp contrast with Pope Francis' softer approach to upholding traditional teachings.

Benedict's funeral was attended by more than 120 cardinals, several thousand clerics, European heads of state, and pilgrims from around the world. Many attendees were personally moved by Pope Benedict's wisdom or shared his vision for the church. Some attendees noted that Pope Francis appeared "very tired" during the ceremony, similar to how Pope Benedict looked before resigned in 2013. Flags of Bavaria, the part of Germany where Pope Benedict was born, baptized, and ordained, were waved by some attendees.