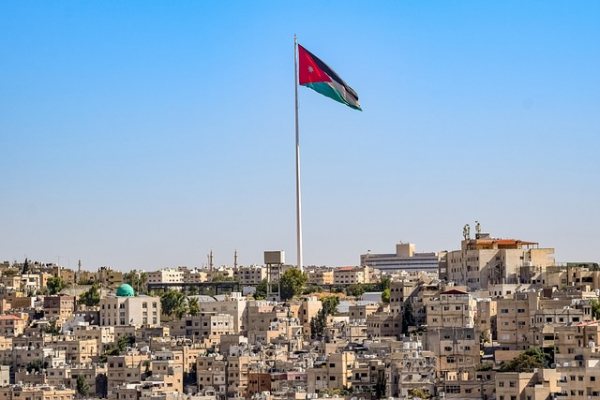 The River Jordan, while not as large as described in the Bible, still attracts 200,000 visitors annually for Christian baptisms.

A reporter in BBC News observed groups of tourists from the US and Europe visiting the narrow and muddy River Jordan and taking pictures along its reed-lined banks. The visitors explain that the place is worth visiting as it is a part of history, and one of the visitors from Maryland said he came for the spirituality of walking in the footsteps of Jesus.

This month is the peak season for the Pilgrims as Western and Eastern Orthodox churches celebrate Epiphany, which marks the Three Wise Men's visit to baby Jesus and his baptism by the prophet John.

According to BBC, Jordan recently announced a $100 million plan to attract one million Christians to the al-Maghtas site in 2030, to commemorate the 2,000th anniversary of Jesus's baptism. The plan includes the development of a biblical village and the creation of the most prominent Christian pilgrimage and interfaith center in the region, recognizing that the River Jordan and its valley hold religious importance for Jews and Muslims.

The site's Director General, Rustom Mkhjian, says visitors can physically see what they read in the four gospels, making it "the fifth gospel." The site, also known as Bethany Beyond the Jordan, is a UNESCO World Heritage site containing the ruins of Roman and Byzantine churches, a monastery, and baptism pools. The place was opened to the public in 1995, following Jordan's peace treaty with Israel, and before that, the area had been a closed military zone since the 1967 Middle East War.

In an article in MTV, the development includes "glamping-style" lodging and restaurants serving locally grown organic food. The internet and electricity cables will be buried underground. A large area will be reserved for agriculture and as a bird sanctuary to protect the natural environment.

Jordan is seeking help from the Royal Botanic Gardens in the UK to reintroduce some biblical plants. The country is appealing to international donors, including governments and religious organizations, to help fund the project. The hope is that this project will promote cultural openness and interfaith harmony in a region often fraught with religious conflicts.

Excavations of the Pilgrimage Road, Pool of Siloam, and Givati Parking Lot are Also Underway

In similar news about attracting tourists to Holy Lands, an article published by Christianity Daily talks about reviving Jeruslaem's Pilgrimage Road. Jerusalem was a thriving and multicultural city during the Roman period with Jews and Romans. The town was expanded and developed during this time, with many construction projects being undertaken, including the recreation of the Second Temple in Jerusalem by King Herod.

After his death, Roman prefects continued to build up the city. The governor of Judea, Pontius Pilate, is credited with building the Pilgrimage Road in the early first century CE, which connected the southern parts of the city, including Mount Zion and the City of David, to the central city, the Temple, and other parts of ancient Jerusalem. The Pilgrimage Road was the main artery of ancient Jerusalem and was once home to a bustling street market.

Archaeologists are also excavating the Pool of Siloam, built around 2,700 years ago during the reign of King Hezekiah and was used by Jewish pilgrims as a place to take a ritual bath before ascending to the Temple. It is also where Jesus is believed to have healed a blind man.

The Israel Antiquities Authority, National Parks Authority, and the City of David Foundation have announced that excavations of the pool have officially begun and will be opened to the public for the first time in 2,000 years once the work is completed.

Approximately 100 archaeologists and workers are involved in the ongoing excavations of the Pilgrimage Road, the Pool of Siloam, and the Givati Parking Lot. In this area, the layers and levels of thousands of years of settlement in Jerusalem can be viewed in one place.