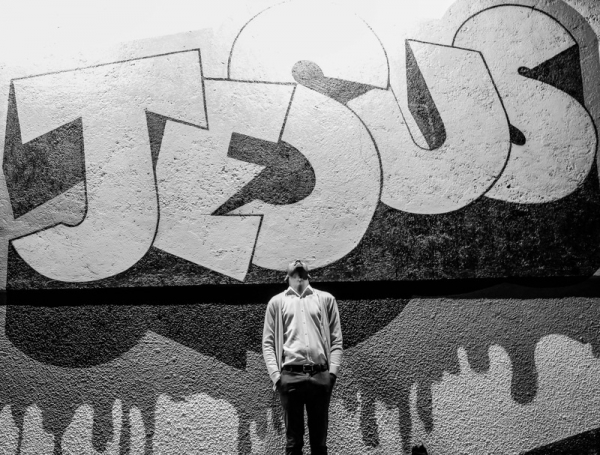 Last weekend at the Mall of America, a man wearing a shirt with the message "Jesus Saves" was asked by a security guard to either take off the shirt or leave the mall. This incident was recorded on video and widely shared on social media.

The security guard can be heard saying that to stay in the mall; the man must remove the shirt.

Preacher Ordered to Remove His Shirt or Leave by Mall Security

On January 7th, a video surfaced online showing a security guard at the Mall of America in Minnesota asking a man wearing a "Jesus Saves" t-shirt to remove or leave the mall. According to Relevant Magazine, the guard can be heard saying that the shirt is associated with religion and is offending people. The video has caused outrage online, with one group organizing a protest at the mall where they plan to wear their own "Jesus Saves" shirts.

A spokesman for the Mall of America said the man was allowed to stay in the mall while wearing the shirt, despite the guard's earlier threat to remove him. One week before the incident, it was revealed that the man was issued a 24-hour trespass for "soliciting guests."

In the video, the shopper is seen wearing a yellow t-shirt with the religious slogan "Jesus is the only way," and the famous "coexist" symbol, which promotes peaceful coexistence among different religions, is crossed out. The videos have been shared across TikTok and Twitter; one was live-streamed to Facebook on January 7th.

Bloomington, Minnesota, Mall of America.
Security wants man with a Christian shirt to take it off or leave the mall. pic.twitter.com/JJ37kh7i5l

Man Refused to Remove 'Jesus Saves' Shirt at Mall of America, Says He's on a Mission From God

According to Daily Mail, Shoro, who is from Ethiopia, defended his decision to wear the "Jesus Saves" shirt and not remove it when asked by security guards at the Mall of America. He stated that his presence in the U.S. is a request from God. During a YouTube interview, the man, a security guard, asked to remove his "Jesus Saves" shirt at the Mall of America and said he was on a mission from God to spread the gospel. He said that he had ordered the t-shirts and that everything he had was Jesus.

He also said that he had been going to the mall for weeks, meeting and preaching to tens of thousands of people, but he was stopped. He stated that when asked to remove the shirt, he refused and said he would go to jail or die rather than take it off In an article in Meaww, many Twitter users have reacted to the incident of a man being asked to remove his "Jesus Saves" shirt at the Mall of America.

One user wrote that they assumed the incident occurred overseas but was happening in America. Another said they would wear the most oversized Jesus shirt they could find if they ever went to the mall again. Other users had mixed reactions, with one saying they appreciate not being bothered by low-quality proselytizers. Still, another is saying that if the mall is open to the public, it should be available to everyone. Some users opined that the mall should lose its right to remain open for business if it's open to some. A pastor wrote that the man should sue the mall into oblivion and that this would not have happened if the man had a pride shirt.

I’m not even Christian but this is crazy!! A guy got kicked out of mall of America for wearing a “Jesus saves” shirt. Saying he’s soliciting just by wearing that shirt and he needs to take it off. UNACCEPTABLE #mallofamerica pic.twitter.com/megh2PQI6K —