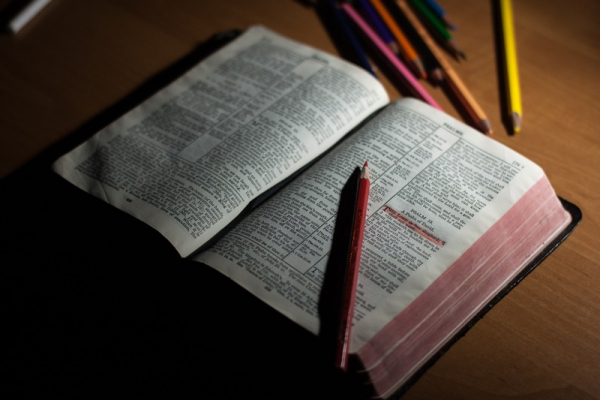 In a podcast episode titled "The Elephant in The Church - Homosexuality And Christianity," R.A. Vernon, a pastor of The Word Church in Cleveland, Ohio, said that while he holds to a biblical understanding of marriage and relationships, he also believes that some people can be born queer, citing Psalm 51.

In his podcast on Youtube, he stated that he addressed the topic because his church has many gay members.

R.A. Vernon Addresses the Controversial Position on the "Born Gay" Theory in a Podcast Episode

Pastor Vernon cited Psalm 51:5, which, according to BIbe Gateway, expresses that the speaker believes they have been sinful since birth. The Pastor questions the difficulty of accepting that some people are born with particular sexual orientations, just as some are born with physical or mental conditions. He states that some people are born with sexual brokenness, and that attraction and preferences are innate. He also says that he is not a pastor who doesn't believe that people can be born that way.

According to Christian Post, Pastor R.A. Vernon of The Word Church in Cleveland, Ohio, acknowledged the ongoing debate over his controversial position that some people are born gay. He stated in a podcast episode that one can be saved and gay and that those who argue otherwise have not read enough or are overly homophobic.

He is convinced about the "born this way" theory of homosexuality; however, J. Alan Branch, a professor of Christian Ethics at Midwestern Seminary, argues in his 2016 book that there is no evidence of genetic or biological causation for homosexuality, despite some genetic and biological factors that may correlate with a higher incidence of same-sex attraction and homosexual behavior.

The Issue of Homosexuality Comes Unresolved and Ongoing Conflicts Intensifies

Ongoing conflicts about homosexuality within an organization called the United Methodist Church. Some members disaffiliate and support a more diverse type of church that accepts the formality of any sexual affiliation.

A recent article in Christianity Daily reported that a small number of congregations have decided to leave the United Methodist Church (UMC). Out of the 30,000 UMC churches members in the United States, fewer than 2,000 have left the denomination.

Many of these disaffiliated churches are in Texas. The South Carolina Conference of the UMC has affirmed that Mt. Horeb, is considering leaving the denomination as well. The church is know to be the largest in South Carolina.

However, no official vote from any local church to separate from the UMC has been received yet. The conference has a process in place for churches considering to leave, which includes a process like a church council vote, a congregational vote with two-thirds support, and the remittance of remaining financial obligations.

This comes as the UMC has faced a long-standing debate over whether to change its stance on blessing same-sex unions and ordaining non-celibate homosexuals. The Trustees of the Annual Conference and also the Extended Cabinet have created a Local Church Discernment Process to help churches make informed decisions about their mission and to ensure that they will be effective in their mission.

Vernon, as a leader of a church, believes that some individuals engage in homosexuality as a form of experimentation or as a result of past abuse. He states that the church believes homosexuality is sinful, but he does not view the individuals as entirely evil.