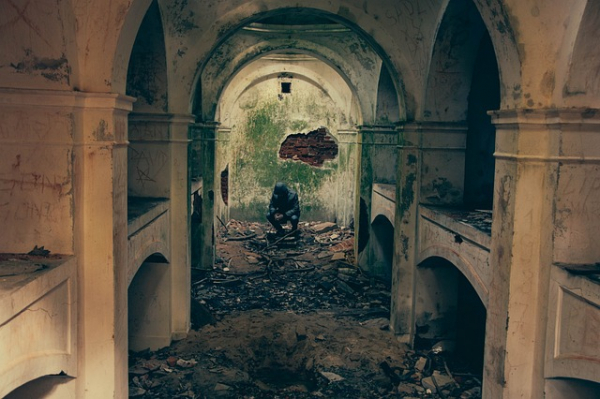 A Kenyan man was arrested by police in the Eastern Democratic Republic of Congo after a bombing occurred at an Evangelical church in Kasindi town, North Kivu province.

Approximately 17 Christians were killed, and dozens were injured in the attack, claimed by an Islamic State affiliate called the Allied Democratic Forces. The bombing happened on Sunday during a worship service at the Pentecostal church.

A recent report in Barrons said that the Islamic State later claimed responsibility for the bombing attack on an Evangelical church in Kasindi town, North Kivu, Eastern Democratic Republic of Congo. According to the specialist monitoring group Site Intelligence.

The death toll has been reported as 14 by Congolese military spokesman Antony Mualushayi, who also said that 63 were wounded.

Right now, as cited by BBC, Officials report that a total of 17 deaths and 39 injuries occurred among church attendees during Sunday worship.

The article in Christian Post, the Congolese army said that investigations are still ongoing and all is yet unclear, and also a Kenyan man has been arrested in connection with the church bombing attack. Thousands of civilian murders and bombings have been caused by the Allied Democratic Forces (ADF), one of the most destructive armed organizations in the Democratic Republic of the Congo (DRC).

The group is also active in Uganda. Scott Morgan, a United States-based African security analyst, said in a statement that ADF recently attacked Uganda, capturing of one of its high-ranking leaders.

Additionally, he contended that the ADF might be using the Christians in the Eastern DRC as "scapegoats" and that the DRC government has found it simpler to place the responsibility for the issues in the Kivus on outside parties than to own up to their complicity in some of these atrocities. He added that Secretary of State Blinken's visit to the area last summer was a result of Rwanda being blamed for the conduct of M23.

However, it is telling that M23 has been more of a concern to Kinshasa than the actions of the Islamic State branch, which has been declared a Foreign Terrorist Organization by Washington. He concludes by saying there are "no easy answers" to the question of what the DRC government can do to eradicate the threat of ADF.

Persecution of Christians Due to Islamic Extremism

In a related article published in Christianity Daily, Pastor Frank Mutabaazi, from Mbarara, Uganda, was ambushed by Muslim extremists and sprayed with acid on December 22nd, leaving him with severe vision loss. The attack took place in Kampala.

Uganda, which is mainly Christian, is facing a growing issue with Islamic extremism, resulting in persecution in certain parts of the country. Pastor Frank Mutabaazi's attack is not an isolated incident, as converts to Islam often face pressure and harassment from their families and communities.

Christians in some areas face additional challenges, such as the loss of church land and restrictions on the spread of Christianity. In some cases, families who leave Islam face discrimination, including excluding their children from local schools.

There have also been reports of physical violence, injury, and death toward those who have converted to Christianity. It is vital to pray for Mutabaazi as he recovers from the physical and emotional trauma of the acid attack.