Against the Odds: Israel's Christian Community Thrives Despite Regional Decline in Church Attendance 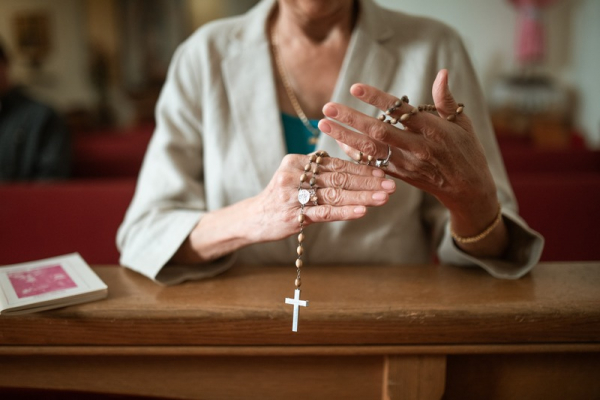 The world is facing a significant decline in church attendance and a religious crisis among the recent members of the church. However, Israel's Christian community thrives despite this downward trend.

The population of Israeli Christians increased by 2% in 2021, with roughly 185,000 Christians living in Israel and making up 1.9% of the country's population. The release of this data coincided with Christmas, and Israel's population is 9.6 million.

The Crisis in the Christian Community Over the Past Few Years

The Christian Community is experiencing a decline in its members and the number of churchgoers in the past few years. In an article published in Christianity Daily, church attendance during the pandemic has decreased by 45%. While some churches have reopened, not all members have returned.

A Boston College professor suggests that people stay home and use technology for social interaction instead of gathering in person. Surveys by Gallup also indicate that church membership in the US has dropped below 50%, reaching a historic low. This decline has been partly caused by a growing number of Americans who do not identify with any particular religion, known as "nones," who currently comprise 21% of the population.

However, a Pew analysis found that many "nones" still consider religion essential and believe in God. Belief in God was once almost universal in the US and has been linked to American identity and culture. Still, in recent years, religion has become more politicized and associated with specific political parties, leading to a decline in church attendance among Democrats and those on the left.

According to The Hill, Younger generations are found to be less religious than older generations, with 34% of Generation Z identifying as "nones" compared to 29% of Millennials and 25% of Generation X. This difference may be due to older people tending to become more religious as they age and have children, as well as approaching death.

However, it also stems from political divisions, particularly on issues such as LGBTQ rights and abortion rights, which have entrenched opposition from conservative religious organizations. Faith-based groups see hope in recent evidence of a rebound in churchgoing, with research by a Christian polling firm suggesting that the share of Millennials attending weekly church services nearly doubled to 39% in 2022 from 21% in pre-pandemic 2019, and smaller increases were seen among Gen-X and Boomer families.

Christian Population in Israel Grows by 2%, Unlike in Muslim-majority Countries in the Region

In an article in Fox News, Pastor Petra Heldt, a Christian scholar who has lived in Israel for 40 years, has said that the number of Christians in Israel is stable because there is freedom of religion, which is not the case in many Muslim-majority countries in the region.

Christian communities across the broader Middle East have shrunk or even vanished. Before the American invasion of Iraq in 2003, there was a Christian population of 1.5 million in the country. Still, it has shrunk to an estimated 200,000 to 300,000 out of a population of over 40 million.

There are also reports of persecution of Christians in Iran. Heldt stresses that there is "absolute freedom of worship" in Israel, unlike in countries like Turkey, where Christians are persecuted and have a hard time. According to Heldt, Israel is unique in the Middle East as it is where different religious communities can live together and practice their faith in harmony without persecution.

A report by Israel's Central Bureau of Statistics (CBS) in December has shown that the population of Israeli Christians grew by 2%. The report revealed that approximately 185,000 Christians live in Israel, making up 1.9% of the country's population of 9.6 million.

This increase in the Christian population in 2021 coincides with the fact that in Israel, Christians can practice their religion freely, unlike in many Muslim-majority countries in the region, as stated by Pastor Petra Heldt, a leading Christian scholar who has lived in Israel for 40 years.