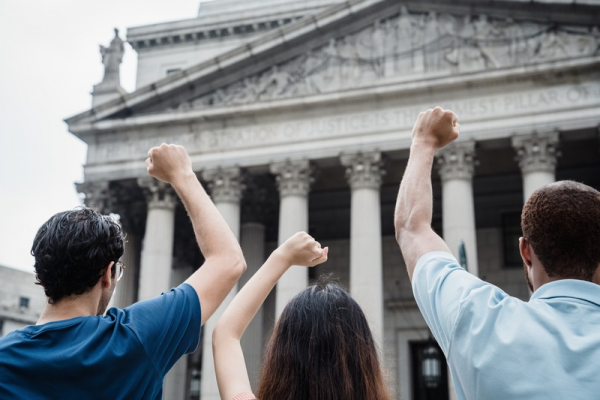 The U.S. Supreme Court is about to hear a case called Groff v. DeJoy which could potentially give religious conservatives more power in dictating how their workplaces operate and which rules they can choose not to follow.

This case could also overrule a previous Supreme Court decision that didn't give religious employees as much protection as they should have, according to federal law. This case will likely cause debates around whether religious conservatives have special rights in the workplace.

Balancing Religious Liberty and the Rule of Law in a Diverse Society: The Supreme Court's Approach

In an article in Think Progress, for a long time, the Supreme Court has been able to balance the protection of religious liberty and the rule of law in a society with diverse beliefs. People have the right to practice their faith and act based on their conscience, but they cannot use religious liberty claims to take away the rights of others.

This is particularly true in a business context. The Supreme Court has previously established in United States v. Lee that when people from a specific sect choose to engage in commercial activities, the limitations they accept based on their conscience and faith cannot be imposed on others engaging in the same activity.

Supreme Court to Hear Case on Religious Accommodations in the Workplace: Implications for Employee Rights

According to Vox, The Supreme Court is hearing a case called Groff v. DeJoy which presents difficult questions about the limits of protecting an employee's religious beliefs. However, the Court has a history of interpreting laws that benefit Christian-identified conservatives.

This could possibly lead to a situation in which the Court creates a new rule that disrupts the workplace and places too many burdens on non-religious employees. The case involves a former postal worker, Gerald Groff, who wanted to be excused from working on Sundays because of his religious beliefs.

This also sparks controvoersy wherein LGBTQ+ employees could be denied or cannot be accepted from their work because of religous perspective of  sexuality.

According to Justice Thurgood Marshall's argument, this ruling discredits the provision that is meant to shield employees from more significant violations of their religious beliefs.

In a similar article in Christianity Daily, A judge in a lawsuit involving LGBT students at religious schools has ruled that there is insufficient evidence to cancel the federal exemption for these schools.

The students had reported instances of mistreatment, including conversion therapy, but the judge did not find a legal foundation to cancel the exemption. The judge cited previous Supreme Court decisions that upheld religious exemptions as a reason for her decision.

This ruling reaffirms the constitutional rights of religious institutions to live out their sincerely held beliefs in policies and practices. However, the decision has been criticized by the Religious Exemption Accountability Project (REAP) as it means that thousands of LGBTQIA+ students across the country will continue to face discrimination at universities that receive funding from taxpayers.

The Council for Christian Colleges and Universities (CCCU) lawyer expects the students to take further legal action and file lawsuits against the schools. He also believes that legislative agreements would be a fair solution to resolve these issues without requiring extensive legal proceedings.