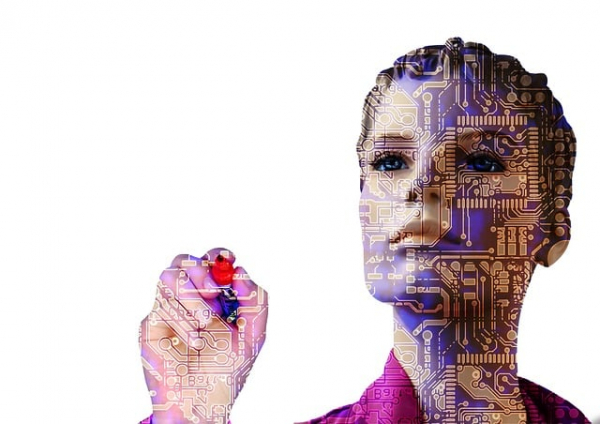 Rabbi Josh Franklin, a senior Rabbi in New York's Jewish Center of the Hamptons, recently made waves among his congregation by delivering a sermon created entirely by Artificial Intelligence. The innovative Rabbi utilized the ChatGPT chatbot, a newly launched AI program available for free.

After delivering the sermon crafted by Artificial Intelligence, Rabbi Franklin posed a question to his congregation, challenging them to identify the author. Many congregation members incorrectly assumed that Rabbi Jonathan Sacks had written the sermon.

ChatGPT: A Revolutionary Chatbot Scares Humanity for its Potential Threat

OpenAI, the chatbot developer, designed ChatGPT to communicate conversationally. The dialogue format of ChatGPT allows it to respond to follow-up questions, acknowledge its errors, dispute incorrect assumptions, and decline inappropriate requests. It is related to another model we developed, InstructGPT, which is trained to carry out instructions provided in a prompt and give a comprehensive response.

According to an article in Christianity Daily, sources said that the advanced capabilities of chatbots like ChatGPT had raised concerns about their potential to disrupt the job market for professionals like professors, journalists, and programmers.

But it is important to remember that ChatGPT and other AI systems have limitations and can only partially substitute human professionals. As technology evolves, ChatGPT and other dialogue models may become more sophisticated and adaptable.

However, it is crucial to consider these systems' ethical and social implications. Furthermore, ChatGPT's ability to process and organize information challenges conventional education and assessment and may influence the future of education as we know it.

Rabbi Josh Franklin, who delivered the AI-written sermon, has expressed his concerns over the advancements in Artificial Intelligence. According to The Jerusalem Post, he fears the origin of the content, the potential loss of jobs, and future developments.

While the Rabbi believes that AI is unlikely to replace him soon, he acknowledges that it can potentially displace hundreds of millions of jobs. According to Zippia, many companies have already adopted AI, and it is projected that 375 million jobs will become obsolete within the next decade.

The Rabbi is confident that AI will not take over his job as it lacks 'nefesh', Hebrew for the soul. He argues that while AI may be able to mimic emotions and write in-depth about human relationships, it cannot feel, and it has no soul.

Franklin's statement on AI's lack of 'nefesh' is one of Talmudic debate. Rabbi Gershon Winkler has argued that if golems, clay humanoid creatures created by Jews to protect Jews, can be considered Jewish, then a robot might one day be able to be called Jewish. If a robot is considered Jewish, it is because the robot has a Jewish soul.

One day, AI may be able to participate in prayers and even lead them as accepted members of the Jewish community.

Although this AI is a threat to Professionals and possible loss of Jobs, it is essential to note that the Human Mind is always better. These developed AIs are less of a helper and only a guide to Humans who created and set them. The most important thing to remember is not to use these tools for unwanted or bad intentions. Instead, use it for it's only intended use.

Related Article: AI in Education: How Artificial Intelligence is Revolutionizing the Classroom Experience