The Presbyterian Church in America (PCA) approved overtures on June 23 that recognized and confessed of historical and continued racism in the denomination, and called on member presbyteries and churches to work toward racial reconciliation.

40 overtures from different presbyteries have been submitted to this year's PCA General Assembly regarding racism and racial reconciliation, and one overture was approved by 861 to 123 vote, also approving all of the other overtures related to race. 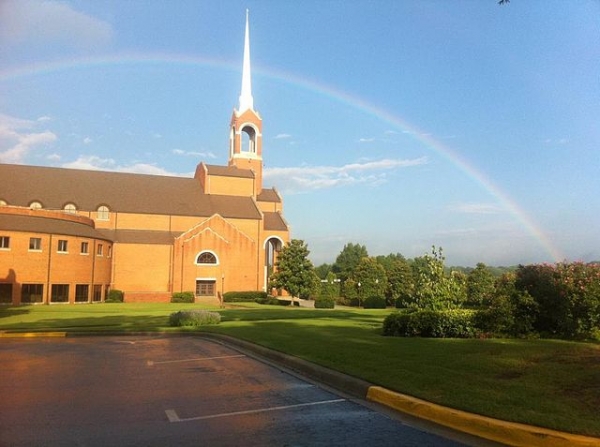 (Photo : 'Cryx88' / Wikimedia / CC)
Briarwood Presbyterian Church in Birmingham, AL, where the first Assembly took place to organize the PCA in December of 1973.

"The members of the PCA are increasingly aware that during the Civil Rights period, many of our founding denominational leaders and churches not only failed to support, but also actively worked against racial reconciliation in both church and society through sins of commission and omission, including: barring African Americans from worship services; misusing and twisting the Bible to support racial segregation; participating in and defending white supremacist organizations; and failing to speak out against state-supported segregation and to support efforts to secure access to basic human and civil rights," the overture states.

"The General Assembly recognizes that the sins of racism and racial injustice -- not only toward African Americans, but also toward other racial minorities -- are not simply past sins, but continue to be sins with which our churches and congregants wrestle," it adds.

"Be it further resolved, that this General Assembly does recognize, confess, condemn and repent of past failures to love brothers and sisters from minority cultures in accordance with what the Gospel requires, as well as failures to lovingly confront our brothers and sisters concerning racial sins and personal bigotry, and failing to 'learn to do good, seek justice and correct oppression (Isaiah 1:17),'" the overture continues.

The issue was considered during last year's denominational gathering, but the PCA deferred the apology to this year's meeting to ensure that it's "heartfelt and accurate," according to Christianity Today.

The overture calls on leaders of presbyteries and congregations to let their respective members know of the resolution, and to allow each to "prayerfully confess their own racial sins as led by the Spirit and strive towards racial reconciliation for the advancement of the gospel, the love of Christ, and the glory of God."

Among the numerous overtures calling for racial reconciliation was one submitted by the Korean Southwest Orange County Presbytery, which included a portion specifically mentioning the racial sins of the Korean community.

"Ethnic Korean and Korean American Teaching and Ruling Elders recognize our own complicity and role in perpetuating oppression, and confess our indifference and inaction toward the plight of our Black brethren," the resolution states.

Members of the denomination as well as prominent evangelical leaders applauded the passage of the overture.

"Thank you to our brothers and sisters at the #PCAGA for standing up for racial unity and repentance," tweeted Russell Moore, the president of the Ethics and Religious Liberty Commission of the Southern Baptist Convention.

The PCA's 44th General Assembly took place from June 20 to 24 in Mobile, AL, under the theme, "REFRESHED: In and For the Cross."