How Can Christians Participate in Combating Persecution in North Korea? Conference Aims to Weigh In

For the second time, International Christian Concern (ICC) will be hosting its annual conference spotlighting a specific region in which Christians are facing severe persecution. This year’s conference, which is taking place from June 2 to 3 at Saddleback Church, will focus on North Korea.

The conference, called The Bridge, will feature leaders of churches, non-profit organizations, and government agencies. 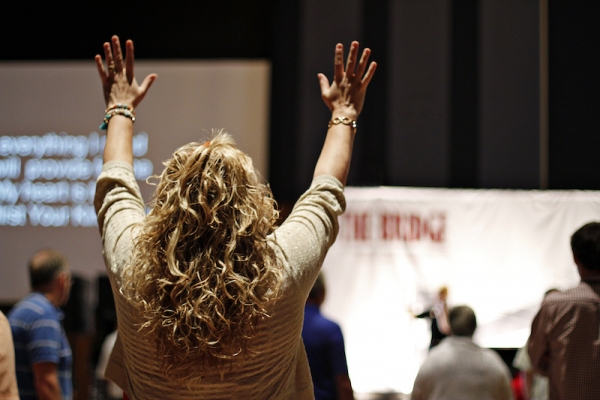 International Christian Concern, which has done work aiding, advocating for, and spreading awareness of the persecuted Christians around the world for some 20 years, decided to begin hosting these annual conferences called The Bridge with hopes that there would be greater collaboration between the various influencers in addressing the problem of persecution, including those working on the field, churches, government agencies, and non-profit organizations, according to ICC’s president Jeff King.

Though each group plays a crucial role in providing the resources that the persecuted church needs, King said, even more could be done if those groups could work together.

North Korea in particular is a nation in which Christians are severely persecuted to the point that “it falls into a different category and people just forget about it because it seems so unfixable, so beyond what anyone can do,” according to King.

Yet King expressed hopes for the future of the Korean peninsula.

“Many people would say in terms of geopolitics, Korea has been a pawn. It’s been brutally oppressed and ruled over," said King. "But I say no, I don’t even think this is a coincidence. She is the chosen one, she is the bride.”

He added that in his conversations with defectors and experts on the region, many express hopes that “we’re getting to the end” of the Kim regime.

“Their great hold on power is the ideology and propaganda,” King said, “and that system is failing rapidly because of the modern world, with the internet and the information flooding into North Korea … The average North Koreans now know their leader is a dictator, that he is not in any way a good guy, and that they are not the most amazing country in the world. That’s incredibly destabilizing.”

“There are so many things you can do to get the gospel in, and to help the victims who are coming out,” King continued, adding that the hope of the conference is to highlight those action points.

Sessions will discuss the history and present situation for Christians in North Korea, how churches could be involved in combating persecution, and how Christians could bring the gospel into the country, among other topics. All sessions will have translations available in Korean.

A separate ‘Policy Day’ will also be taking place on May 24 in Washington, D.C., and will focus mostly on combating the human rights violations in North Korea.