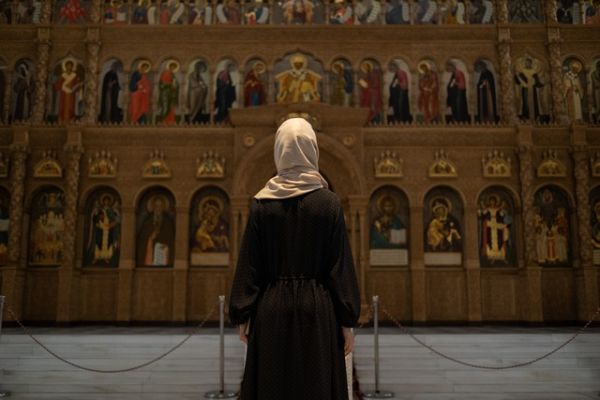 Pope Francis has approved the designation of Józef and Wiktoria Ulma as martyrs, recognizing their agony and death at the hands of the Nazis in 1944 for harbouring a Jewish family in their home in Poland. The couple, who had seven children, were killed along with all their children.

A married Polish couple with seven children to be beatified by the Catholic Church for martyrdom by Nazis.
The parents were shot, then the kids - who were screaming and crying. For hiding 8 Jews.

How can anyone be allured by this fascist obscenity. https://t.co/wcbVJ4ZgyQ

The pope signed the decree on the matter on December 17th. According to CNA, The World Holocaust Remembrance Center has recognized the Ulma family, including Józef, Wiktoria, and their seven children (one unborn), as Righteous Among the Nations for their sacrifice in concealing a Jewish family in their home in Poland and suffering the consequences at the hands of the Nazis. The pope's recent recognition of their martyrdom means that the couple can be beatified along with their children.

On March 24th, 1944, a Nazi patrol arrived at the home of Józef and Wiktoria Ulma on the outskirts of Markowa, Poland. As reported by CNA, they found eight Jewish people who had sought refuge on the Ulma farm and executed them. The Nazi police killed Wiktoria, seven months pregnant, and Józef. As their children screamed at the sight of their murdered parents, the Nazis killed them as well: Stanisława (8 years old), Barbara (7), Władysław (6), Franciszek (4), Antoni (3), and Maria (2).

On his 86th birthday, Pope Francis signed a decree on the martyrdom of Józef and Wiktoria Ulma, along with 15 other individuals. Among these was Matteo Ricci, a well-known 17th-century Jesuit missionary in China recognized for his heroic virtue. The pope also approved the recognition of Franz de Castro Holzwarth. This Brazilian lawyer willingly offered himself as a substitute for a hostage during a prison riot and was killed at 38 in 1981. Additionally, the pope recognized a miracle attributed to the intercession of Venerable Jacinto Vera, the first bishop of Montevideo, Uruguay.

Also Read: 10 Tips on How To Remain a Christian in Today's World

According to Catholic Answers, to be beatified and canonized, an individual must be nominated by a bishop and go through a thorough review process that involves reviewing their writings, examining their life and deeds, and investigating any miracles attributed to them. If the church determines that the individual lived a life of heroic virtue and has performed miracles, they may be beatified. To be canonized, the individual must also be recognized as having completed at least two miracles after death.

Pope Francis has confirmed the heroic virtue of 13 Servants of God in a recent decree. Four Catholic priests and one brother have been recognized as Venerable: Father Aleksander Woźny, a diocesan priest who survived imprisonment in concentration camps; Father Ignacy Posadzy, a priest who co-founded the Society of Christ; Father Martin Benedict, a Conventual Franciscan friar; Father Ugo de Blasi, a diocesan priest; and Brother José Marcos Figueroa, a Jesuit brother.