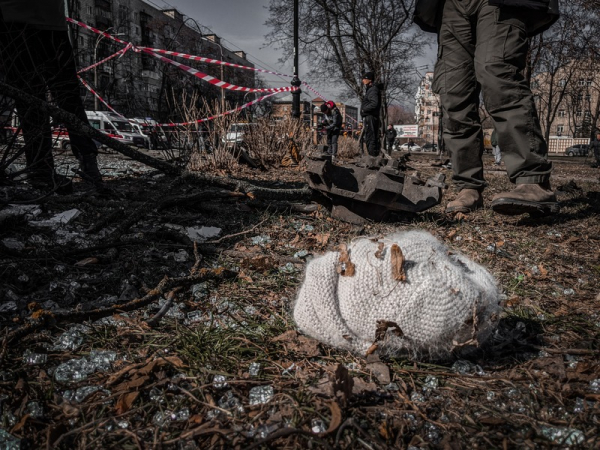 The Kremlin has claimed it killed 600 Ukrainian troops in a retaliation strike, but this claim is being met with skepticism and backlash in Russia. According to a Washington-based think tank, the claim is generating new discontent among Russian military bloggers who have been critical of military leadership since the invasion of Ukraine last February.

On Saturday, the Russian Defense Ministry claimed it launched a strike targeting a temporary Ukrainian deployment point at a school in Kramatorsk in the Donbas region in retaliation for a Ukrainian military strike on New Year's Eve. According to the Kremlin, this Ukrainian attack killed 89 Russian troops, while Ukraine has stated that its strike killed up to 400 Russians.

In an article in the Institute for the Study of War, a Finnish reporter visited the site of the alleged retaliatory strike launched by Russia on Sunday and reported that the strike hit an empty school. Yana Pristupa, the school's deputy director, also disputed Russia's claim, stating that there was no evidence of any injuries or deaths at the site and that people were cleaning up.

The Institute's assessment also noted that several Russian military bloggers had criticized the Kremlin's claim, pointing out that the Russian Defense Ministry frequently presents fraudulent information and slams military leadership for fabricating a story instead of holding Russian leaders accountable.

In a report by USA Today, according to Russian blogger Grey Zone, instead of carrying out retaliation against Ukrainian forces, the Russian Defense Ministry instead chose to invent a "media operation of retaliation" and claimed to have killed 600 Ukrainian troops, despite there being no evidence to support this claim. Grey Zone wrote this on the messaging app Telegram.

There is ongoing heavy fighting in Ukraine, particularly in the city of Bakhmut in the Donetsk region, which Russia has claimed to annex but does not fully control. The fighting has been described as "savage" by a senior U.S. military official.

The Ukrainians and the Russians are firing thousands of artillery rounds at each other daily, with each side occupying trenches. The official stated that progress in the conflict is no more than a few hundred yards a day. The first wave of Russian troops to advance is often made up of convicts under the command of the Wagner Group, a contractor closely affiliated with the Kremlin.

The better-trained forces then occupy the territory seized at a high cost by the poorly trained contractors. The official also stated that Russian commanders are willing to trade people for bullets.

According to Yahoo! News, the Kremlin is maintaining its stance on the story of a retaliatory strike it launched in October. Despite reports from Westerners who visited the city of Kramatorsk and have disputed the Defense Ministry's claims, Kremlin spokesman Dmitry Peskov stated that the Defense Ministry is the legitimate and comprehensive source of information about the course of the military operation and Moscow leaders remain faithful to their version.

In addition, Russia is cracking down on dissent among the rich and famous. Russian authorities have announced a criminal inquiry into Artur Smolyaninov, a renowned actor who has criticized the war in Ukraine, with a parliament member requesting his passport be revoked.

Furthermore, philanthropist Boris Zimin, who has funded several Russian independent media outlets and projects of imprisoned opposition leader Alexei Navalny, has been placed on an international most wanted list on fraud charges; he had reportedly left Russia seven years ago.