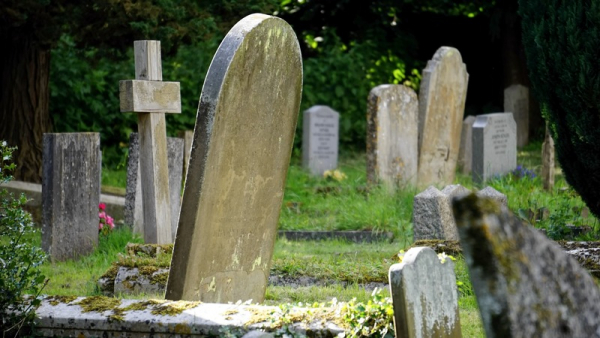 Cardinal George Pell, a senior Catholic official, passed away at 81. He had been convicted of child sex abuse, but the ruling was overturned in 2020.

Father Joseph Hamilton announced Cardinal George Pell's death on Tuesday evening local time; he had been sent and admitted to a Rome hospital for hip replacement surgery, the operation was successful, but Cardinal Pell subsequently suffered a cardiac arrest.

In a report by CNN, Cardinal George Pell was born on June 8, 1941, in the regional city of Ballarat, Australia. He climbed through the ranks of the Roman Catholic Church and eventually became the Vatican treasurer, considered one of the most senior positions in the church.

Cardinal George Pell was the Vatican treasurer from 2014 to 2019, responsible for Pope Francis' financial reforms. However, in 2017, he was called back to Australia to face allegations of historical child sex abuse, and he was convicted of these charges in 2018. He served 13 months in prison before his conviction was overturned by Australia's High Court in April 2020.

The claims were denied by Cardinal George Pell, who branded them "products of invention," and the convictions were reversed because the court decided that the jury "ought to have entertained a doubt as to the applicant's guilt."

Anthony Fisher, the Archbishop of Sydney, expressed sadness on his death, and Australian Prime Minister Anthony Albanese extended his condolences on behalf of the government. Pell is regarded as a polarizing character in Australia, and many individuals took advantage of his passing to show sympathy for those who have suffered child sex abuse.

Also Read: Priest in South Carolina Charged with Federal Sex Crimes for Transporting and Engaging in Misconduct With An 11-Year-Old

Cardinal George Pell wrote a diary later published in Italian by Cantagalli Publishing House while he was in prison for 13 months. He stated that he was kept in solitary confinement for his protection and described sex abuse within the church as "a kind of spiritual and moral cancer," according to Vatican News.

Pell's legal team, who argued that the High Court should have found that the jury must have entertained some doubt about Pell's guilt, successfully appealed the verdict. His imprisonment on five counts of historical child sex abuse was overturned in 2020, a final ruling by the country's highest court.

Even though Cardinal George Pell has passed away, the family of the former choirboy who passed away is still pursuing legal action for allegations made against the Catholic Archdiocese of Melbourne and Cardinal Pell's estate. The Australian government through the Department of Foreign Affairs and Trade is making arrangements for Cardinal Pell's remains to be brought back to Australia where he will be buried at St Mary's Cathedral in Sydney.

According to The Guardian, In 1990, Cardinal George Pell, the first Australian to do so, became part of the Vatican's Congregation for the Doctrine of the Faith under Cardinal Joseph Ratzinger. Many books were banned during his decade as a member, and Marxists, theologians, and homosexuals were excommunicated or silenced. By 2003, Pell was elevated to cardinal; he participated in the conclave, which elected Pope Benedict XVI in 2005 and Pope Francis in 2013.

Pope Francis selected Pell as a member of the elite Council of Cardinals and appointed him as the inaugural head of the Vatican's newly established Secretariat for the Economy in 2014. Pell had plans to overhaul the financial activities of the Holy See and Vatican City bank. Still, his plans faced resistance. In 2021, he said he "underestimated the ingenuity and resilience of the opponents of reform" and "They didn't like change; they didn't understand what was being proposed."

Related Article: Pope Benedict XVI Passes Away at 95, Remembered for His Defense of Orthodoxy and Historic Resignation