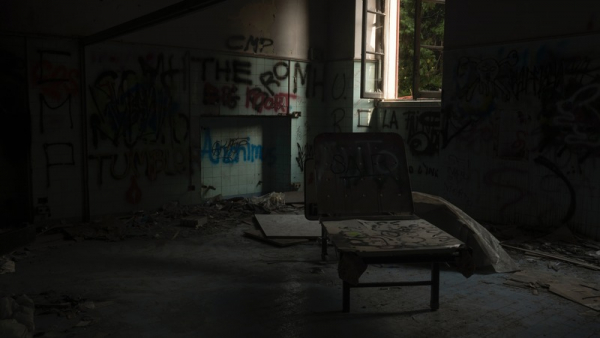 On January 7th, a cemetery connected to St. Michael's Church in Mahim was vandalized. As a result, the church committee is taking steps to enhance security and prevent similar incidents from happening in the future.

The vandals, who climbed the wall to gain entry, damaged 18 tombstones, statues, and holy crosses.

According to Hindustan Times, father Lancy Pinto, the priest of St. Michael's Church in Mahim, stated that the church has never experienced an incident like the recent vandalism. The church committee has been holding meetings to determine the steps needed to be taken following the incident.

The priest has also made three demands to the local police: to increase patrols in the area, to take action against drug addiction, and to be more vigilant during the weekly Wednesday market. The church will also be providing special training to its in-house security team. It will provide the team with walkie-talkies to improve communication between the guards and reduce response times to further incidents. There is already 6-8 security personnel on the church premises at different gates.

The parish priest of St. Michael's Church in Mahim also stated that other priests from other churches had visited the church to learn more about the vandalism incident and improve security measures in their own churches.

He mentioned that the police have been very supportive and have caught the person responsible in just one day. The accused was brought to the church to aid with the investigation. The priest wants to promote community involvement, where citizens can be more vigilant and report suspicious activities to the police. He acknowledged that the vandalism incident was unfortunate, but the church plans to repair the damage done to the graves.

In an article Daily Hunt, The police arrested a 22-year-old man, identified as Dawood Ibrahim Mohammd Ansari of Kalamboli in Navi Mumbai, on the Sunday following the vandalism incident at St Michael's Church in Mahim.

The Archdiocese of Bombay, a governing body of Roman Catholic churches in Mumbai, released a statement saying they did not want the incident to be considered as having communal overtones. Dolphy D'souza, President of The Bombay Catholic Sabha, praised the police for quickly apprehending the accused but also called for an investigation of the root cause behind the vandalism and to understand the reason behind the choice of St. Michael's Church as a target. The Church is considered an important pilgrimage and landmark in the city.

In another report in Times of India, the police are currently investigating the motives behind the vandalism incident at St. Michael's Church in Mahim. They arrested 22-year-old Dawood Ibrahim Mohammd Ansari of Kalamboli in Navi Mumbai on Sunday, but the motives behind the incident remain unknown. According to Manoj Patil, zonal deputy commissioner of police, teams were formed to apprehend Ansari once they confirmed his involvement.

Patil stated that the police will conduct a thorough investigation to determine whether Ansari's motive and whether he had any accomplices or if anyone instigated him to commit the crime. It's an ongoing process. Once the interrogations are completed then, only the police would be able to confirm the motives.