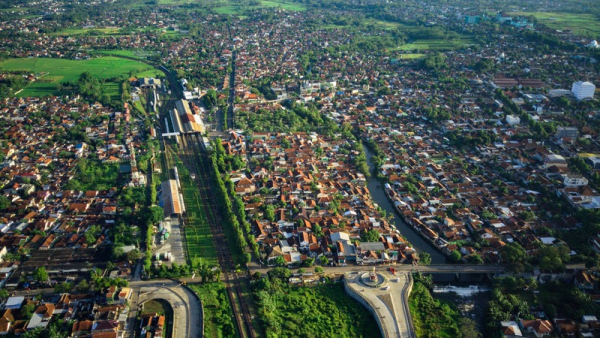 A few days before Christmas, the governor of Lebak Regency, south of Jakarta, issued an order forbidding Christians from attending their planned Christmas services at a local shop.

Iti Octavia Jayabaya, who has been the Regent in Lebak since 2014, ruled that the shop should not be utilized as a place of worship because the Indonesian government had not officially classified it as one. The directive was given to alleviate the local Muslim population.

Regent of Lebak, a district in Indonesia, asked Christians to hold their Christmas services at an officially recognized church in a neighboring community, Rangkasbitung, which is 20 kilometers away.

According to Persecution, this request was made after the Christians had planned to hold their services in a shop because the nearest church was too far away for them to access. The Regent's request was met with resistance as the Christians argued that it was difficult for churches to obtain building permits in Indonesia and that the right to worship and freedom of religion are inherent in every citizen.

The Indonesian government recently confirmed that there would be no restrictions on Christmas and New Year's celebrations the last year, as announced by Muhadjir Effendy Muhadjir, the Coordinating Minister for Human Development and Culture, during a security coordination meeting in Jakarta.

In an article shared in Christian Post, this has only sometimes been the case in certain parts of the country. Two years ago, Christians in two districts of West Sumatra Province were prohibited from celebrating Christmas due to an agreement among leaders of various government officials and Muslim groups.

This has led to concerns about religious rights being denied in some areas of Indonesia. While many have called for greater speech freedoms, some fear that this may have contributed to a backlash from Muslims, resulting in injustice for those accused of religious defamation. If this trend continues, it could lead to a loss of trust in law enforcement.

Also Read: 8 Tips How Christians Should Respond to 'New Age' of Persecution

Last year, the National Police Chief Gen. Listyo Sigit Prabowo announced after a security coordination meeting that the national police and the Indonesian Defense Forces provided security during Christmas and New Year's celebrations. According to Morning Star News, elements from the community, mass organizations, the youth wing of Nahdlatul Ulama, the Ansor Youth Movement, and Banser also provided security for the said events.

However, according to Open Doors' World Watch List, Indonesia is ranked 28th among the countries where it is most challenging to be a Christian. This is due to the country's more conservative Islamic character, and churches involved in evangelistic outreach are at risk of being targeted by Islamic extremist groups. There are certain hotspots, such as West Java or Aceh, where these extremist groups are strong and influence society and politics.

In some regions, church groups face difficulties getting permission to build churches; even if they fulfill all legal requirements and win court cases, the local authorities still often ignore them.