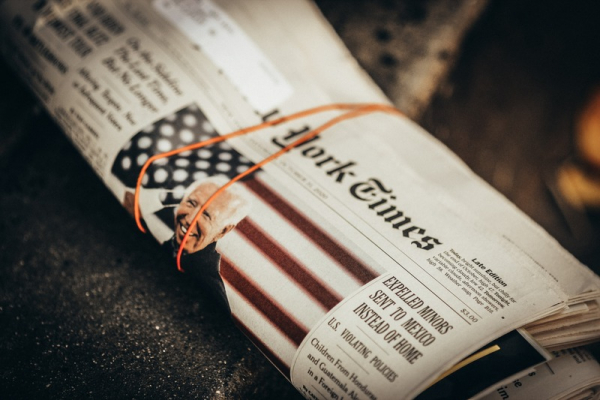 President Joe Biden celebrated the birthday of the Rev. Martin Luther King Jr. In his speech; he repeated a claim that he frequented a Black church during the civil rights movement, which is questionable.

The president greeted former U.N. ambassador and former Southern Christian Leadership Conference executive director Andrew Young. He said that it was so great to see him and he's one of the greatest they've ever had.

He then shared that he and Andy had worked together to fight against apartheid in South Africa and other issues. He mentioned that they used to organize marches and work to desegregate the city, and their opponents did not want to see them coming.

In a recent report by Christianity Daily, a celebration of Martin Luther King Jr.'s life will be held at the Ebenezer Baptist Church in Atlanta, Georgia, on the Sunday before the federal holiday in honor of the civil rights hero. The service will begin at 9 am, where the Democratic Senator Raphael Warnock, who also serves as the church's pastor, will deliver the message. Joe Biden, the President of the United States, will also state the 11 am service.

This is not the first time President Biden has visited Atlanta; He saw the city in January 2022 to provide remarks at the Atlanta University Center Consortium on voting rights and referred to the town as "the cradle of civil rights," according to the White House.

On his last trip to Atlanta, Georgia, President Biden visited Ebenezer Baptist Church, where he paid his respects to the late Reverend Martin Luther King Jr. by visiting his burial place and meeting with surviving members of the King family. During his visit, Biden also praised Georgians' voter outreach and registration efforts, highlighting the diversity of voters, stating that the coalition of voters is built with people of different ethnicities, urban and rural areas, working class, and middle class.

Also Read: President Biden Defends Decision Not to Attend Pope Benedict's Funeral Saying His Presence Will 'Get in the Way'

In an article in Fox News, during his 2020 presidential campaign, Joe Biden frequently mentioned his involvement in anti-segregation protests at Union Baptist Church, a prominent Black church led by the late Rev. Otis Herring in Wilmington, Delaware.

Biden stated that as a teenager, he would attend 8 o'clock mass and then go to Rev. Herring's church to organize and plan the protests, including desegregating the Rialto movie theater. However, his claim of attending Herring's church was disputed. Former President of the Delaware NAACP, Richard "Mouse" Smith, defended Biden in 2019 op-ed, claiming that Biden was an ally during the protests to desegregate the Rialto Theater.

This revelation came around the same time as Biden had to admit that his repeated claims of being arrested with Andrew Young in apartheid-era South Africa were not valid. Andrew Young also stated at the time that he was never arrested and didn't think Biden was either.

Biden acknowledged in the 1980s that he was not an active member of the civil rights movement and did not march during the campaign. Despite this, Biden was invited by Democratic Sen. Raphael Warnock, the senior pastor of Ebenezer Baptist Church, to deliver a message at the church's service on the Sunday before Martin Luther King Jr.'s federal holiday.

According to Washington Free Beacon, members of the church who had been attending for a long time stated that they did not remember Joe Biden ever visiting the church. This information came to light at the same time that Biden was required to acknowledge that his claims of being arrested alongside Andrew Young during the apartheid era in South Africa were not accurate.